Do General Liability insurance policies cover contractual responsibilities, including coverage for your injured employees, as with an “action over” claim? 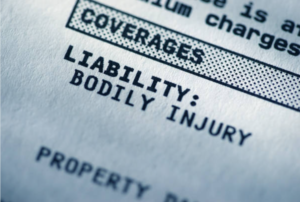 The answer is “Maybe.”

Action Over claims can result in significant and unexpected liability for business owners and these claims may not be covered by the employer’s Commercial General Liability policy.

Action-over claims often originate from serious injuries where the injured person seeks to recover additional damages from the deepest pockets, even if that includes recovery ultimately from their employer.  This can also happen with less serious injuries when an attorney is involved.  The concern is greater in certain regions of the country where the chances of injury are higher because of congestion or where the courts may be particularly plaintiff friendly, such as certain counties in New Jersey and the five boroughs of New York.

The liability issue in action-over claims arises from indemnification agreements, which are commonplace in the construction industry and many other industries.  Employers are aware that Workers Compensation law generally limits an employee’s ability to recover expenses from his or her employer to those provided by the employer’s Workers Compensation policy and the benefits from the policy are set by the applicable state law.  This Law forgoes the employee’s right to sure the employer.  These same laws, however, generally do not bar a worker from suing a third party.  If the employer of the injured worker agreed to indemnify a third party through a business contract, liability can end up reverting back to the employer instead of the third party that was sued.

This boomerang effect of third party action-over claims SHOULD BE worrisome for employers because insurers can exclude coverage for these types of claims on the employer’s General Liability policy.  This is very common with contractors who work in New York.  To complicate matters, the title of the exclusions and verbiage used with these exclusions can be very misleading, and the employer can unknowingly be exposed to significant liability and monetary demands from an injured employee because of exclusionary wording in their General Liability policy.